Hello everyone!  Today’s post is a video (if it’ll ever finish uploading at 995 megs) that I felt inspired to make after talking with a genuinely curious woman last night at a vegetarian/vegan potluck social event.  She had an open mind and was interested in what it’s like to be a trance channel.  So, I decided to tell a little bit of my story on YouTube and also explain what it feels like to trance channel vs. relay channeling.  Please try to overlook the horrible lighting and non-professional look.  HA!  I do NOT like how I look on camera anymore.  Oh well…

On April 3, 2014 I took part in a group channeling session at “Let’s Channel” held within “Tech Love” in Albuquerque, New Mexico.  Prior to the 6:30 p.m. start I wasn’t sure I’d be able to go into trance as I didn’t really feel it…but then with just a few minutes left, I started to feel the presence of my unseen friends.  It took me a while to fully incorporate with my unseen friends, so that I had to pass on my first chance to speak.  By the time it was back to being my turn, about an hour or so had passed and my body was getting very tired from holding the energy.  If you’ve never been in trance as a 60 watt bulb getting 1,000 watts plugging into you, it’s hard to explain how hard and draining it can be.  My hands (which you can’t see in the video) were clawed up (that is common) with one holding a crystal that was given to me by a friend this week.  My arms and legs from the knees down were aching badly from muscle tension.

During the time I was waiting to speak, my unseen friends…who turned out to be Andromedans…took me out into the universe to show me this orange looking planet.  They also told me that it was them who were with me back in 1996 when I went through a tunnel during a healing session with Eric Pearl.  Back then, I plopped out the end of the tunnel and found myself floating in the middle of the universe/galaxy.  There were beings behind me who talked to me telepathically.  They told me that they knew I didn’t like it on Earth, but that I had work to do and they said they’d be with me from that point forward.  They also showed me a star cluster way far away and told me that it was my true home and that I’d be brought back when I was done with my work.  When I saw the star cluster, I was hit with indescribable homesickness and became hysterical on Eric’s table.  I’ll never ever forget that feeling of homesickness.  It was homesickness at a soul level that really can’t properly be put into words.

When the Andromedans told me who they were while in trance, I couldn’t exactly see them, but I sensed them as Nordic looking, tall beings.  I truly did not know anything about Andromedans before Thursday and had to Google them.  I found out that they are indeed Nordic looking and tall many times.  https://www.paoweb.com/gfmandro.htm – I wish I only needed 2 hours of sleep a night!  When I first started down this path back in the 90s, the Pleiadians were the first to let me know they were around.  Then, more recently, Arcturians became predominant.  And now we have Andromedans showing up.  I never know who to expect!  Are there anymore groups? 🙂

As you’ll see in Thursday’s video, they mention Earth changes and specifically point out South America (and all of the Americas) and the ring of fire.  I just heard today that now a volcano in Equador is getting threatening, and of course, there have been earthquakes in California and Chile the past couple of weeks.  They assured us, though, that although quakes and volcanoes and such are scary…what is happening is actually very typical and a good thing.

I would like to mention that I usually have a coughing jag before being able to channel.  I’ve been told it has to do with clearing out my throat chakra.  I am pleased that my merging with their energy is actually getting easier than it used to be.  When I first started doing this work, what would happen to me physically was concerning to most people witnessing it and afterward I’d be totally exhausted.

Here is a 4+ minute excerpt from Thursday’s channeling session. 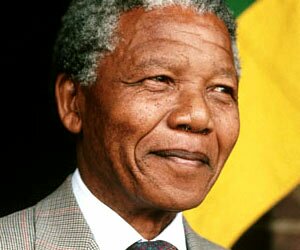 Today was the monthly spiritual group’s meeting that I belong to via meetup.com.  This is the group where I’ve gone into unexpected trance before and channeled on occasion.  On Friday I had mentioned to a friend that I hadn’t gone into trance in a while.  “They” must have heard me because toward the very beginning of the meeting my heart started racing and pounding hard and I started shaking.  That meant one of two things:  I’m having a low blood sugar attack or leaving my body to channel.  I quickly checked my sugar and it was great at 112.  Then, BOOM!  The gasping for air, coughing, contorting, and body pin prickling numbness started with my hands clawed up.  Getting to where “they” can actually speak is very hard.  Eventually they came through and apologized for disturbing the meeting. They then talked about some changes coming to the group in 2014, including a change in membership,  but said that those who are meant to be in the group would be led to it.  They then said that in 2014 those of the light would outnumber the dark and the planet would shift.  This was, in part, predicated on the passing of Nelson Mandela.  They (found out later they were the White Brotherhood) said he was with them now and would be even more effective at spreading love and light from the Other Side than he was while in a physical body.  He will continue his work to influence attitudes and minds.  Supposedly, love is going to spread like in the old commercial where “they tell two friends, and they tell two friends,  and so on and so on”.  The White Brotherhood said that Nelson Mandela was/is a Master Teacher like Jesus, Buddha, and Muhammad.  All of this was triggered by a group leader who read an excerpt from a 1994 inaugural speech by Mandela at the beginning of today’s meeting.

When I came out of trance, I was so ticked at myself for not handing the woman next to me my cell phone to FINALLY get my trance work caught on tape!  This session would have been perfect too.  Oh well…maybe next time.